The Ontario County Historical Society, a 501c3 not-for-profit corporation was established on December 4, 1902 when it received its Charter from the Regents of the State of New York (no. 01549). Its operation is governed by a Constitution, By-Laws approved by its membership.

The Board of Trustees has 15 members and meets the second Tuesday of each month. As the Society’s governing body it is responsible for policy that governs the Society and the museum. Members are elected with 3 year staggered terms in November of each year. Executive Committee members serve one year terms and are elected by the membership each November. Activities of the Board are governed by our Bi-Laws and Constitution. 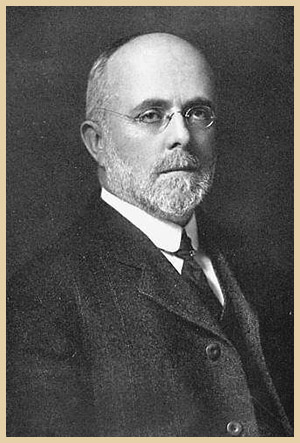 Founder and first President
of the Historical Society