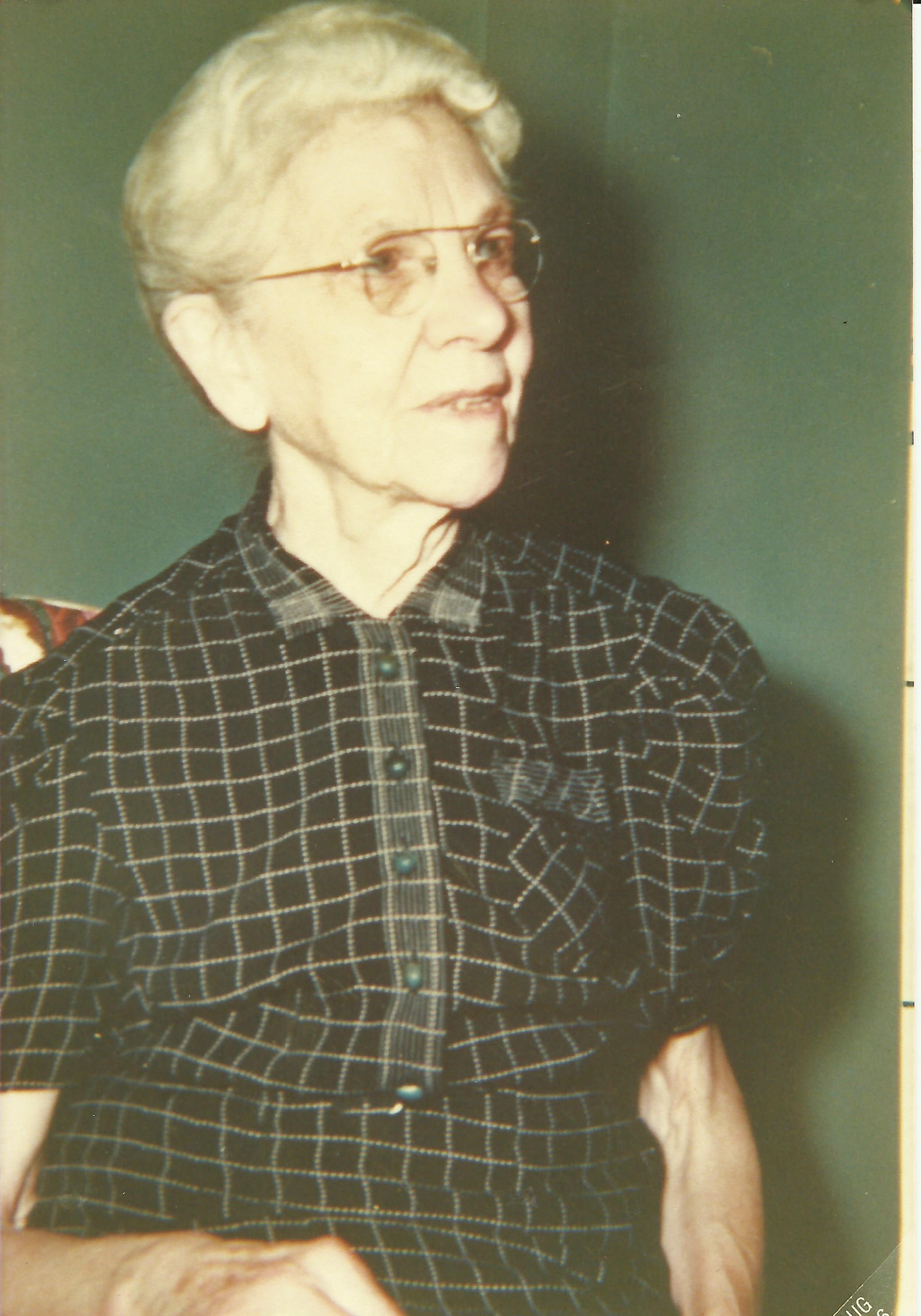 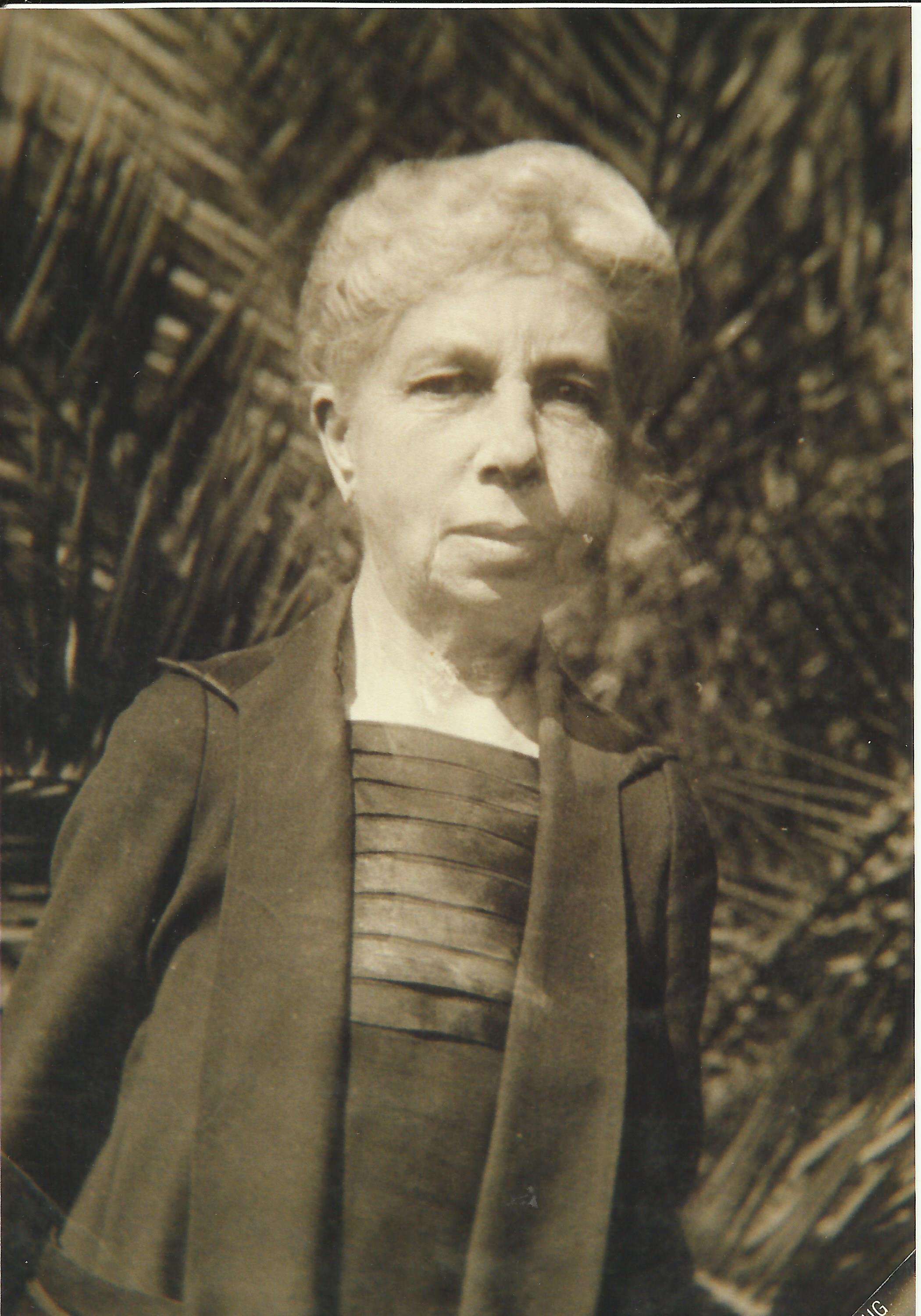 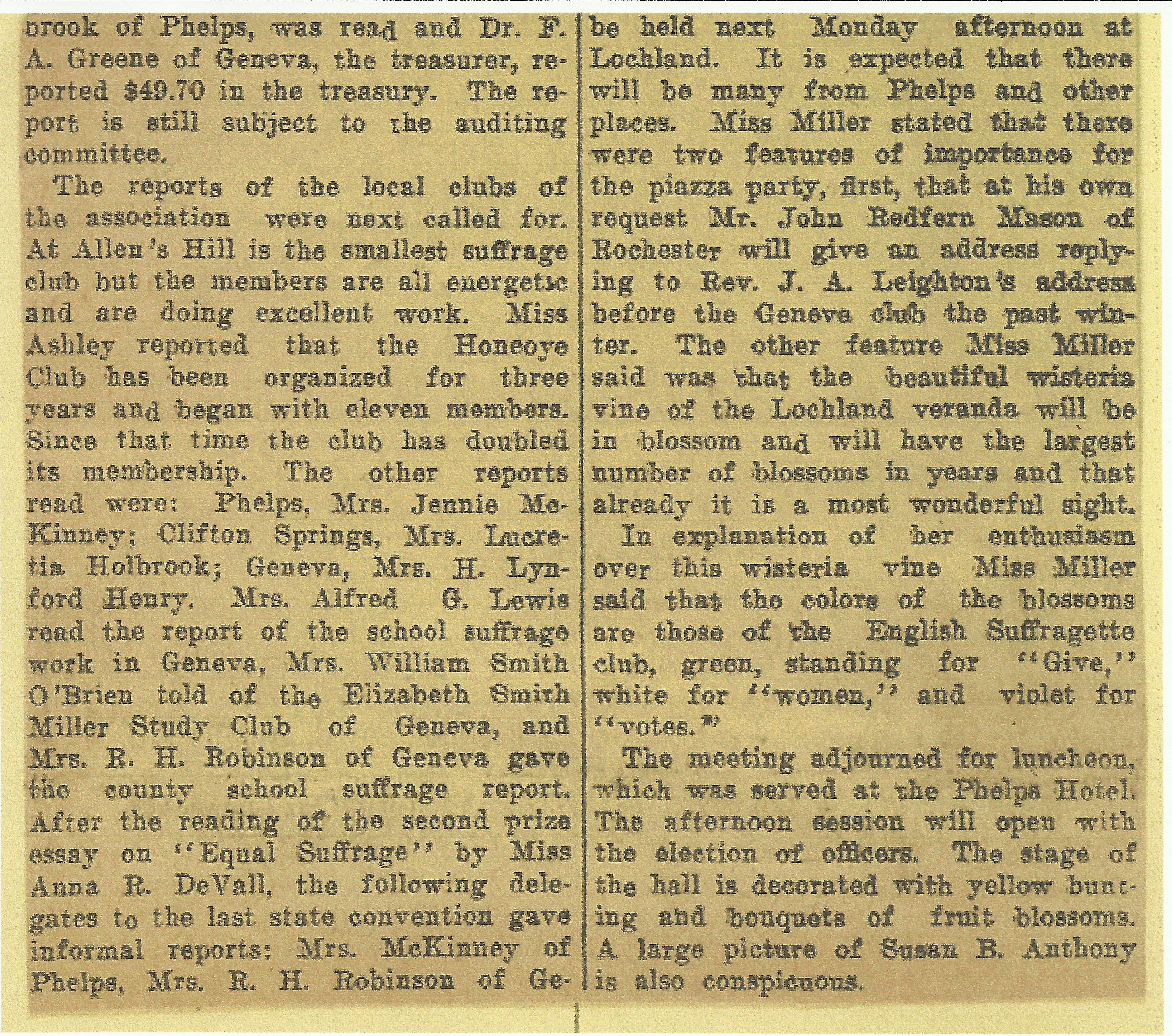 Richmond, in the southwest corner of Ontario County, was home in the early years of the twentieth century to two important communities: Allen’s Hill in the north, and Honeoye in the south at the foot of Honeoye Lake. Each of these localities formed a Political Equality Club in 1906, following the lead of many other communities across the state.
By 1900 Richmond bore a potent legacy regarding abolition, temperance, and the rights of women, established in the work of William Goodell, the Pitts family, Samuel Chipman, and Theodosia Gilbert among many others. In the 1800s local people had turned out in droves to hear Frederick Douglass, friend and (later) son-in-law of Gideon Pitts, speak at the Congregational Church. Thanks in large part to home-grown lobbying, Richmond voters elected to go “dry” well before the Civil War. Activist Mrs. William (Theodosia) Chaplin – abolitionist and women’s advocate – was born in Richmond Center. And in the summer of 1873, Honeoye was host to speaker Matilda Joslyn Gage, a noted civil rights supporter, the co-author, with Elizabeth Cady Stanton and Susan B. Anthony, of The History of Woman Suffrage. She recounted for her Richmond listeners, perhaps, her failed attempt a few months earlier to vote in the Presidential election. … READ MORE 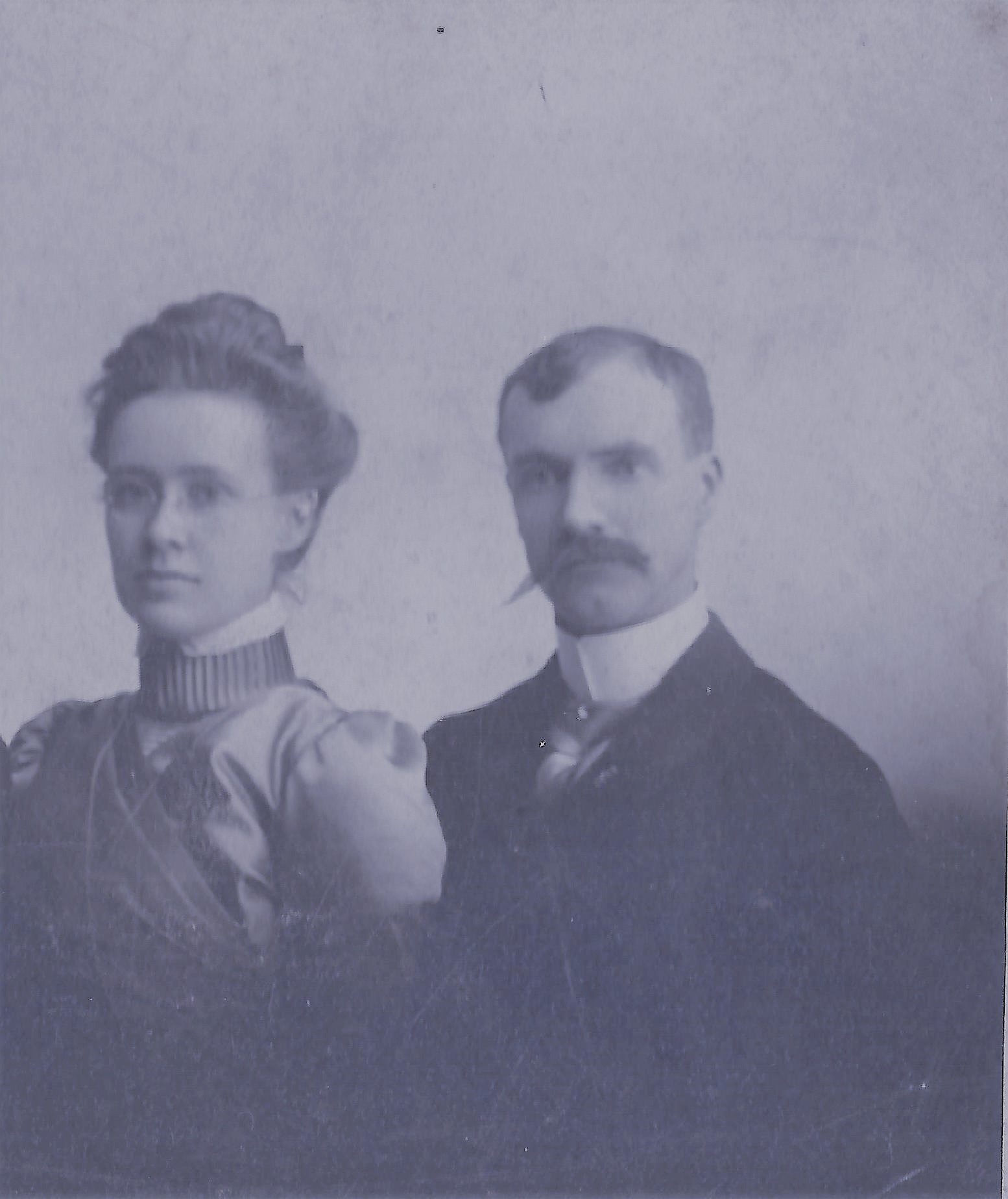 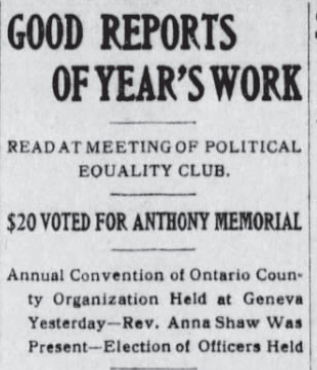 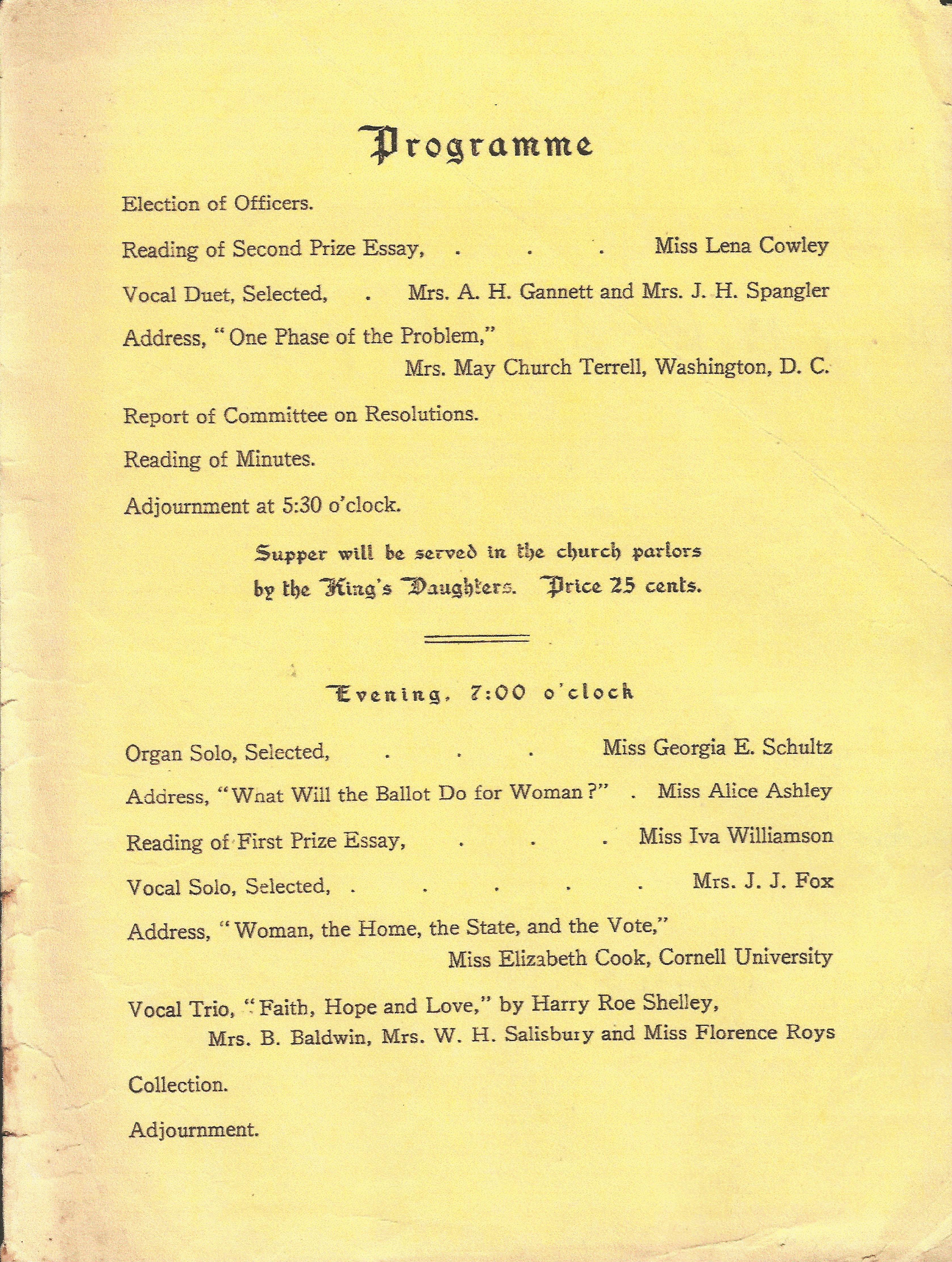 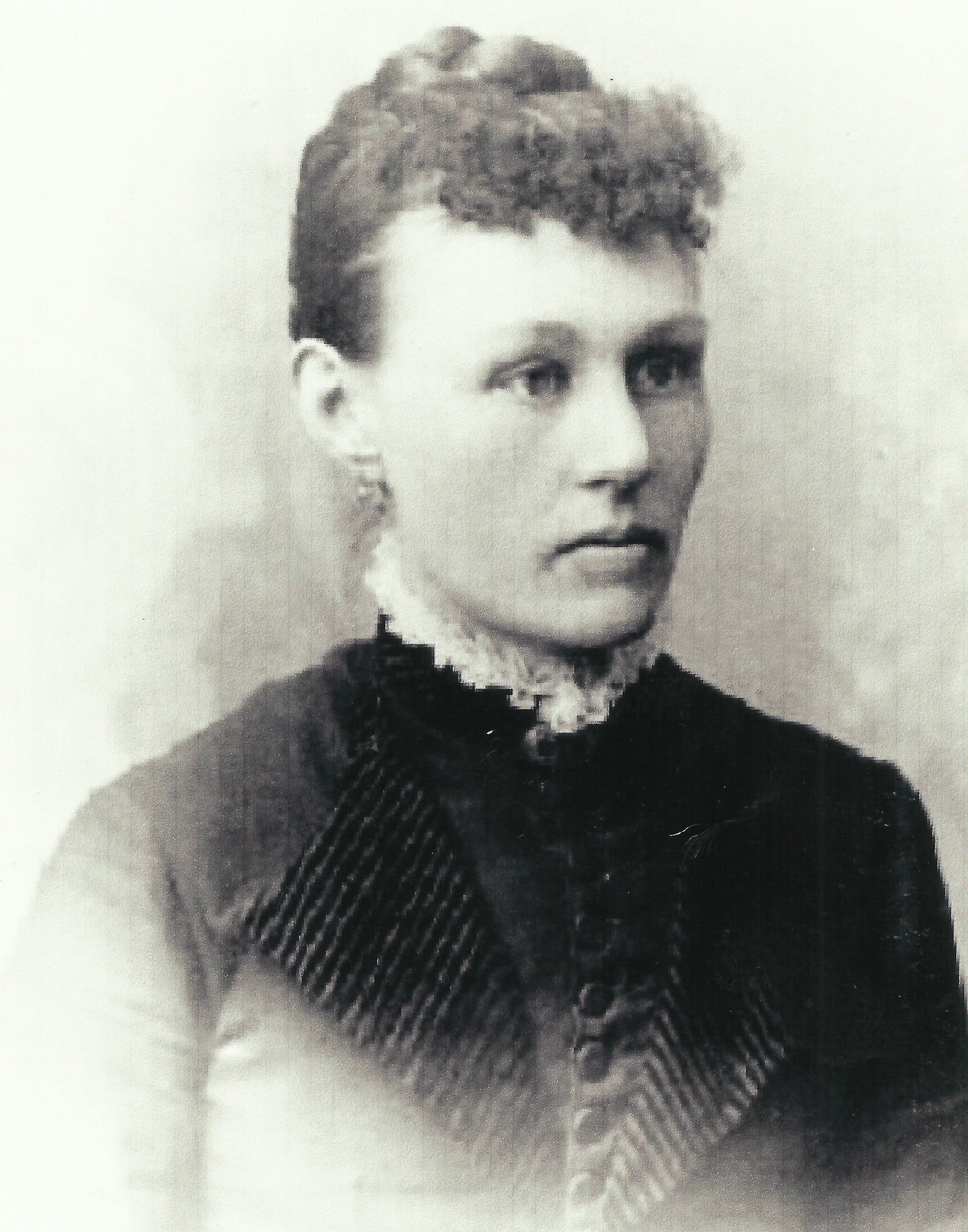 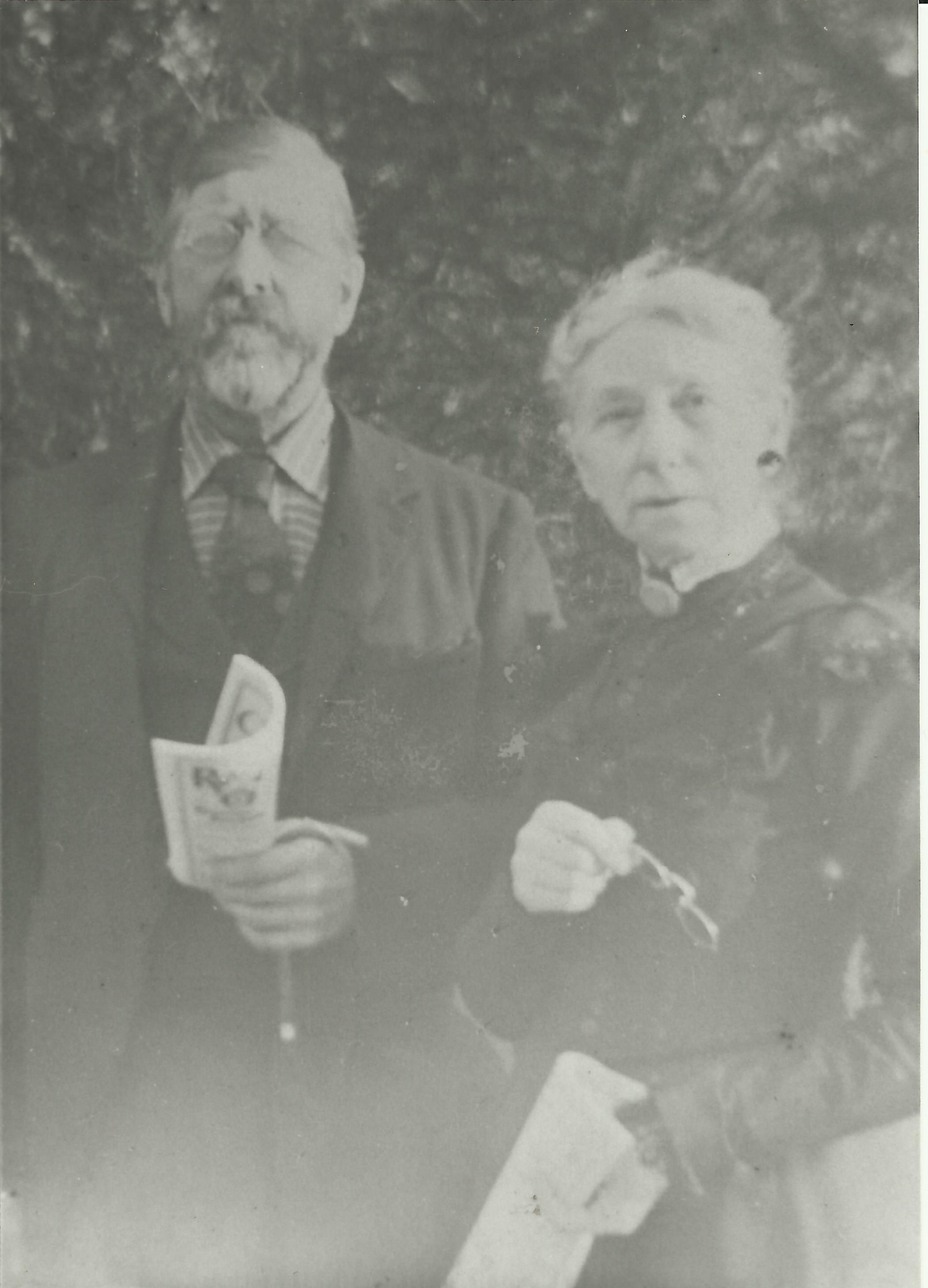